We made it through our first year!

It seems like a lifetime now, but a year and a half ago, my late husband and I first decided to move from our home of 16 years in Toronto to a large acreage in Northern Ontario. We talked at length about the transition from the city to the bush. We realized that it would probably take a full calendar year – firsthand experience with each of the four seasons – before we would really have a handle on what we had gotten ourselves into. Without his humour, his love and, frankly, his muscle, the challenges of each season have indeed proven to be more than I expected when I first signed on.

Back in Toronto, in the wake of my husband’s sudden passing and the early days of my grief, I put one foot in front of the other, far too busy with the move and all the paperwork that attends death to think about the work ahead. I only longed to be in nature where I could heal.

My then seven-year-old son and I arrived towards the end of July, shell-shocked and heartbroken, yes, but also gobsmacked by the natural beauty that surrounds us. Our arrival was also a bit of a rude awakening. I scanned the mess on the property left by the previous owners: heaps of garbage, decaying machinery, stacks of old tires, overgrown trails and dead trees. And then there was the unfinished state of the house. I’ll never forget the looks on family and friends’ faces when they saw it for the first time. It wouldn’t have been a big deal with my husband here – he was very handy – but, well…

In the time before school started, I spent my mornings being productive and afternoons noodling around the property and the area with my son. We visited every hardware store, chip truck and ice cream shop within an hours’ drive. We hung out at the beach and even drove two hours for a private, invite-only music festival in Haliburton. We ventured down a gravel road that looked for all the world like a shortcut on the map, only to find that it degraded into a mucky, messy trail through a swamp. (I later learned that my neighbours did the exact same thing when they first arrived eight years ago.)

My son got a tire swing, two puppies and a cat to help smooth the transition to a world that was vastly different from the only home he had ever known. The timing for adding three new animals to the household was less than ideal, but it was a promise that I just couldn’t break given everything my little boy was going through. The parrot we’ve had for 18 years didn’t seem to mind – he was grooving on the amazing view.

I set up my son’s temporary, pre-renovation bedroom:

I worked to get a new roof put on the house: 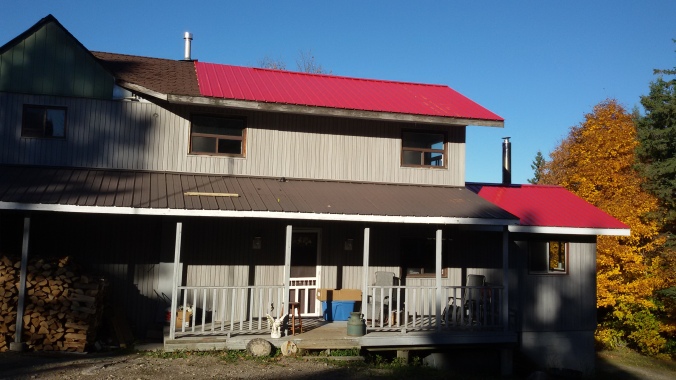 I had the fallen-down deck removed from the back of the house where it had been left to rot after collapsing under the weight of snow years ago. Not to mention hiring a crane to move the gazebo that stood precariously on broken concrete pillars, held up only by a 2×4, before it could squash my child or the animals.

I consulted contractors about the safety of the house (my son’s bedroom floor was bouncy) and got quotes for renovations.

Seriously, check out these stairs:

Now, imagine carrying a laundry basket up and down – well…up…picture carrying folded laundry up the stairs. I threw the dirty laundry down.

Amidst our mourning and the work and the worry, we had campfires as often as we could. My boy – so much his father’s son – was skeptical at first, but finally pretty impressed that his mom could start a campfire and carve a marshmallow-roasting stick.

Those first few months were about getting settled into our new life, of course, but also forging a new dynamic with just the two of us. There were arguments and tears, but laughter and smiles and cuddles, too. 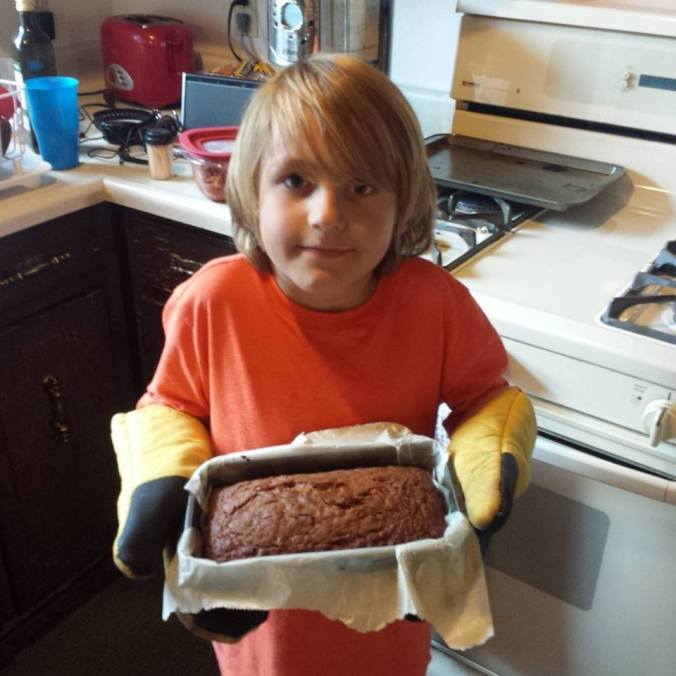